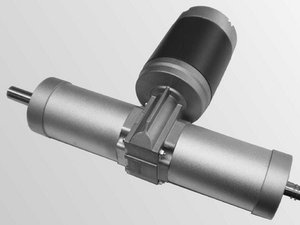 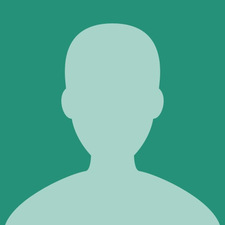 What gear ratio with 13 speed in a glider

ordering a columbia glider from fitzgerald with super single michlien. average about 75,000 lbs, running east iowa, south wi. north il, pulling a reefer, running about 62 mph, i understand they come with a 3.58 gear,would it be better to order a different one for fuel savings

I have heard that Fitzgerald, not being a Freightliner dealership, has issues with going too crazy on spec'ing out a truck. I ordered mine from Harrison Truck Center in Iowa. They are in Waterloo (Elk Run Heights next to Pilot), but they do the gliders at the Clear Lake branch. I was able to tweak just about anything I wanted and I did go somewhat crazy, but this will be one killer truck when it shows up. More cabinets than my kitchen (well, almost), more gauges than the space shuttle (again, almost), built in fridge, signature interior with woodgrain everywhere, Arctic insulation package and Premium noise abatement package. 16 pages of spec sheets on this. And when it shows up it is getting ported and coated exhaust manifold, Borg Warner 171702 turbo, and Walker mega-flows on the twin rear stacks before it pulls the first load.

If interested, give Phil Woody a call at Harrison... 319-240-8009. Good guy that will work with setting up a truck just the way you want it. I can send you my specs, or mention Cliff Downing to Phil and have him give you my specs.

I guess Bruce Malinson (who recommends an 18 with 2.64's also) doesn't know diddly about engines and transmissions and I know nothing about the hills of the area we are talking. Unless you regularly do the highways of that area, you have no conception of how they rate compared to Rockies. The Rockies may have LONGER and TALLER hills, but unless you get off the 4 lanes in the rockies, there are one heck of a lot of hills in SW WI, NE IA, and NW Il that have some pretty steep grades on them and are just as hard if not harder to negotiate. Anyone can do I-70 in Colorado, but you had better be on your toes tackling a 8% grade on Hwy 20 at night with a 35 mph corner at the bottom and loaded to the max. Less room for error and no runaway ramps. Hwy 61, 11, and 151 are not for the weak in spirit also. This is the area Tim mentioned. I run it weekly with 45K in the box. I know what works best for that area. But you don't feel so Jerzy, and that's cool. But an 18 will handle the torque far and away better than a direct 10 will. The max recommended torque on a direct 10 from Eaton is 1650. The max recommended torque on an 18 is 2050. I am not sure about the setup Tim is mentioning, but I will be putting down 1650 torque as the minimum. 10 is not the best option.

We're not here to argue so don't get your feelings hurt, I'm not trying to prove you wrong - just voicing my opinion from experience of running some 13% grades. My direct 10 is rated for 1200 ft lbs of torque and has been running 1850 without problems for a long time now - with a 1200 ft lbs clutch. I did say i like the 13 and 18 speeds but I also think it's just a temporary hype to gear a truck for triple diigits and run slow in only one direct gear. As soon as you start splitting down on an uphill or even iin traffic you're out of direct...and losing that 1% fuel economy. I70 in Colorado is not a bad hill, just long, that's not the Rockies I'm talking about. Why not get a direct 13? Were they all melted down when OD came out? I've got 2.85 rears getting changed to 2.64 this year and a direct 13 going in next year.

Just because "Bruce said" doesn't mean much. Running a direct tranny or in a direct gear is 1% difference in fuel economy vs running in OD. That's around $100 annualy in fuel savings. Would you feel the difference of about $2 more/week in your pocket? Even if it was $5? Doubt it. Might as well go 3.55/8 rears with a 13 and have a truck geared for the speed it'll be running with good startability when loaded heavy.

Chief engineer at Eaton states 3-4% improvement in efficiency by running in direct. Also, the 18 would run cool enough that the cooler would not be needed. Though, not having one would probably not be the best choice. Always start ability is brought up. I have a hard time figuring that one out since a direct 10 speed has no real problem (there are thousands working every day) and the 18 has a deeper reduction.

The 18 or 13 in direct will run way cooler and have better power to wheels, in other words, best fuel economy and performance. If he is doing like my glider, he will probably not be putting in his own tranny or rears. My rears are brand new and tranny is a Eaton factory rebuild. Microblueing bearings in these would not be a reasonable option that early in the game.

I'd go 2.64 rears with a direct 10 speed. I don't think you need a 13 in your operation. It'll be a bit lighter and less problematic than 13 or 18 speed box. Unless that tranny is not an option.

10 would be lighter, but based on where he is running, not the best option. SW Wisconsin, NE Iowa, and NW Illinois can be serious truck pulling territory when heavy. Hills may not be as long as mountains out west, but can be steeper grades. The splits can really make a huge difference. Any weight can be made up in axle housings. Still stand by 18 with 2.64.

I have a 10 running 80k and don't drop gears in that part of the country. Are you saying that the midwest hills are steeper than the Rocky Mountains? Lol I like 13 and 18 speeds but don't see a point in trying to match the rears and speeds when you can be in direct in every gear. Besides splitting only helps when there's power in the motor to keep pulling...or you'll drop twice as many gears as a 10 speed would ;)

Yes, in some places. Not taller, but indeed steeper. Get off the 4 lanes and the next time you get a chance, run US20 from Dubuque, IA to Rockford, IL and let us know what you think. Or better yet, you can let me know if you want to come to where I live, and have a gross of, say, 75K, and run the several miles of gravel roads to my house like I do under a load. Again, let us all know what you think. I'll even buy supper after you find the hills on my gravel road are indeed steeper in grade than most everything that you can legally drive a truck on in Colorado.

a lot of good info but still confused, thinking of going with the 2.85 with the 13 speed

Not a bad choice.

I think there is a little confusion. A direct drive gear is a 1:1 ratio. Anything above that is overdrive. In other words, if your 18 speed is 1:1 in 16th gear. 17th & 18th are overdrive. This is why it is called a double overdrive.

Most times the gears leading up to the direct drive gear are fairly closely matched in all of the transmissions, depending on the make/model and ability to split gears, etc.

I think an 18 double overdrive transmission with 2.64 gears is the way to go. You have all of the deep reduction in the transmission and all of the lower gears to avoid startability issues. Top gear would be 16, with the gear selector in the top right hole and the splitter selected. On a slight grade you just have to flip the switch to drop a gear, not move the stick. Then if you were ever running extremely light or had the need to run a little faster you could move the stick into 17th.

A single overdrive transmission would work too, but you would have to move the stick just to drop a gear. That wouldn't be a big problem, but it's not quite as driver friendly. The problem is, it would be too easy just to bump the switch to go into high gear and I could see a lot of drivers using that option more often than they want to if it was that easy. Lets face it, it doesn't seem right to have gears left over!

And one thing not factored in on the 10 vs 18 thing... the RPM spread between gears. A 10 has a granny low with 9 gears available. With a 18, avoiding the OD's and the two granny low gears, that is 14 gears available. 5 more gear selections than one can get with a 10. That equates to a 200 rpm spread on shifts, 400 if doing full shifts. 17% change vs 34% change from one gear ratio to the next. It is much nicer for keeping the rpm's in the most optimum spot for the engine.