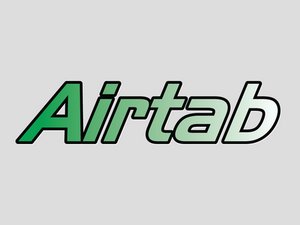 Designed to increase vehicle aerodynamic performance and fuel economy by reducing the drag. 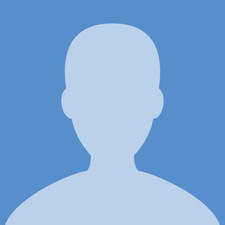 just wondering if they work and what kind of mpg gains people have seen.

By all means Airtabs work. I don't know how much in fuel mileage because when I installed them on the truck I had put a bunch of Pittsburgh power stuff on at the same time and also it was right before winter.

Where the Airtabs really shine though is with the stability of the truck. Right after I installed them I headed across I 40 and had a cross wind. I literally couldn't tell the wind was blowing much less which direction it was coming from.

Now I know they have to improve fuel mileage because in a head wind I use less turbo boost. The boost dropped about 3 to 4 lbs from what it was, in a heavy headwind I wold be at about 7 LBS of bost.

I installed the Airtabs on my truck in October of 2009 and now I switched carriers and am pulling my own trailer so I added the Airtabs to my trailer now too. I was skeptical because my truck was so stable as it was that I really didn't think I would see a difference.

So I went ahead and put them on and my first trip out was up I 35 and the first day there was no wind, but the second day I had a 60 MPH headwind to deal with. Wind warning up all over the place. Now my trailer was loaded with my stuff so it didn't weigh much but my boost never went over 4 LBS.

The other day I was in Wyoming and they advised no light trailers but I wanted to get to Casper so I kept going. Now I was only grossing 40k (3,000 in the trailer) and I didn't have a problem, I was scared to death though. I wont do that again, but I didn't get tossed around or anything.

Another thing I love about the Airtabs is the rain spray is down really low so you can see people in the other lanes, even the ones that don't turn on their head lights like they are supposed to.

The snow also stays off your back doors or at least it's up really high and doesn't cover up your tail lights. I haven't had to clean a single light of snow since I put Airtabs on the truck.

By the way I installed them my self. Very easy to do. 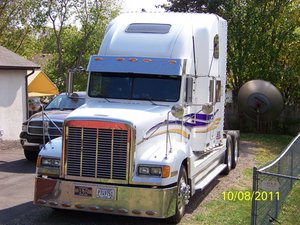 I've had my Air Tabs for almost 1 month and I think I'm getting about 2/10's but too early to tell.

I agree with everything Jackie said and will add that the fuel mileage gained is minimal, but the stability and having them keeping my side mirrors clean is a huge plus that is well worth it.

I don't know exactly how they keep the side mirrors clean since they are installed behind them at back edge of sleeper, but they do. Must be cleaning up the air in the trailer gap preventing from coming back around beside tractor that made spray collect on side mirrors.

I also agree with Jackie and Tim, We have had our Air Tabs since last September and love them. Like they said, the main thing we have noticed is the stability and the reduction of the spray in our mirrors. We only have them on the tractor right now, as we pull a company van.

put them on when we first bought the truck can't say if fuel mileage increased but stability is unbelievable. worth the price

i installed air tabs in about 1.5 hrs..1st trip out i went through wyoming it was december they had the signs "no empty trailers" i did not notice any buffeting(35-65mph winds) and my milage came up .3 mpg..not bad for pushing a brick..06 pete 379 long nose mid roof..i love air tabs in my opinion they work!!

I pull a ribbed tanker

does anyone know how easy they are to remove and reapply, I want to replace one of my side cab wings(?) , but I'm waiting till I find a used one cheap enough to make it cost effective

bob, you'll need new tabs or screw/rivet the ones you pull off. the adhesive on those is a one time application.

Thanks, I think I'll just wait till I replace the wing, its not to badly bent but I'd rather put the air tabs on a decent one

if it's a metal one why not bang it out flat with a rubber hammer?

I keep detailed mileage records, and I check products on a one item for one month program.

I tried the air tabs and got no increase in mileage at all. That was pulling the same route, the same weights, twice a week, a total of 2200 miles a week. From Ft. Worth, TX to Dallas, TX to Mcallen, TX to Pharr, TX and return to Ft. Worth, TX. Average load weight was 21,500 Lbs

But they didn't cost me any mileage.

What I did notice, as previously mentioned, was decreased wind buffeting. I almost didn't feel the wind at all.

Week one, of having air tabs installed, on a dedicated run, exactly identical in all aspects regarding load, road, miles and speed. (.41 MPG on my light load) / (.14 mpg on my heavy load). I will be not making any other mods for 2 months to verify these numbers, and will post results.

at 7mpg 5% is 0.35mpg. i haven't noticed any of claimed improvements except the water spray being kept low to the ground.

Air Tabs or Vor Blades. I have noticed it seems Air Tabs can be used on Truck and trailer, but For Blades seem mainly for trailer. Can you combine them maybe. For Blade installs on the along all sides of the top of your trailer and Air Tabs install on the back on the sides and on the top of the back.

Go with either one or the other to make ordering easier. I've seen both tabs and blades on trucks and trailers. I prefer tabs because of the smaller profile.

Wondering which one to choose. (By means of anyone with experience on both that could say which one is better (windflow/fuel economy gain)

Not to hijack the post but, would it be beneficial pulling a rail car container, I'm dedicated on same route twice a week and mostly the same loads. 2000 379exhd 5550 hp cummins isx averaging 7mpg.

Ever heard of these?

Simply cooler design, much faster and easier to install, and to remove (if ever needed)

I have a 16 foot Ford E350 Box Truck, where should I install them other than in the rear of the vehicle?